What is (not) digital social innovation?

By Valeria Graziano, with Zoe Romano and Serena Cangiano (WeMake). WeMake is the cluster lead for Health and Care.

Over the last ten years, a growing international movement of practitioners, policy makers, activists and researchers has been coming together to propose a concrete and radically different vision for how technologies could help shape our common future.

These people believe that technology should contribute to the common good, rather than just delivering huge profits to a handful of giant tech corporations. They want to use the opportunities offered by digitalisation to address societal challenges such as environmental devastation, and to build alternative economic and political models. We call this movement “digital social innovation” (DSI).

At first glance, however, it might not be easy to detect how the movement’s conception of “social innovation” is radically different from the one hyped by many tech gurus and political consultants to actually mean more business as usual, with a touch of tech on top. As the DSI field is growing in size and, healthily, diversity, and beginning to enter the mainstream of public and policy consciousness, there is a real need to take stock of what its core principles actually are.

When should we really be speaking about DSI? And what falls outside the realms of DSI?

The recent Manifesto for Digital Social Innovation (2017), published last year, has begun to answer this question by compiling a succinct list of the core values of DSI. These are:

In what follows, we share some of our own (personal) reflections on the matter. We take a look at what DSI is definitely NOT, to dispel some common misconceptions around what DSI stands for. We’re keen to hear if you agree with our reflections - please get in touch by Twitter or email if you’d like to join the conversation.

DSI is definitely not  a call to technophilia or “techno-utopianism” - a belief that technology will provide all of the answers. After all, as data scientist Cathy O’Neil put it in her best-selling book Weapons of Math Destruction, “algorithms are opinions embedded in code”, and the DSI crowd is very aware of this fact. In this sense, DSI stands precisely as an antidote to simplistic approaches that frame digital tools as either scary, inherently dangerous, and responsible for all evils in society, or, conversely, the solution to all kinds of problems (rather than potential tools towards solutions).

Thus, the term DSI is misused every time it’s mentioned to express or encourage a vision of technology as something neutral or inevitable, and innovation as something that will spread across societies evenly or spontaneously. Instead, DSI proponents express a view that digital technologies, algorithms and automation will not in themselves solve our epochal problems like a magic pill. Instead, paraphrasing Francesca Bria, the Chief Innovation Officer of Barcelona, they do open up scalable possibilities for coordination, knowledge, feedback, relationality and interdependency that were unprecedented before the rise of internet-enabled platforms.

From this, it follows that DSI does not place technological experts at the core of social change either, by assigning them greater authority and capacity of insight over other perspectives. Rather, DSI calls for technologists to take on a more humble role and to challenge themselves by becoming more and more promiscuous in their practices, training themselves to learning from a multitude of sources and constituencies. Finding new organisational procedures for bringing together and rewarding different competences and modes of participation is a crucial tenet of DSI. Crucially, this ethos fundamentally differs from the widespread embrace of participatory formats that simply invite feedback from stakeholders as a form of ‘customer care’.

The idea of the “social” for DSI proponents and practitioners is not just a way to politely avoid mention of “politics”. To the contrary, DSI for them is a terrain for political discussions and interventions, for creating space to have the important conversations we need to have around differing, and often competing, visions for our common future. The horizon of DSI is not a smooth space of agreement, but it characterises the social space as one that is always traversed by a multitude of different interests and desires, which sometimes will be on opposing sides. Actual DSI can thus only take root when the solutions it proposes address the imbalances of power and the relations of force shaping the social field, striving for making these relations more just, inclusive and democratic. This is an ethos of care that pushes actors to become more accountable to the human, the non-human and the more-than-human beings with whom they share a community of destiny.

Moreover,  DSI allows to bring into relief the fact that deep meaningful changes in society are a product not of single enterprises, leaders or geniuses, but the fruits of sustained organized collectivities, where different actors, approaches and ways of thinking are given the opportunity to form ecologies of practice where they can influence, learn from and give feedback to each other. In this respect, DSI might overlap with, but is not the same as social entrepreneurship. It recognizes that collaboration and cooperation  - and not the much more hyped competition - are fundamental factors shaping social change. DSI does not amount to a simple belief system, insofar as social changes are not linear processes that can therefore be managed from a singular, bird-eye perspective. It is not a matter of bringing good intentions to technological thinking, but to devise a multi-scale method for politicizing open systems' feedback loops in desirable ways. 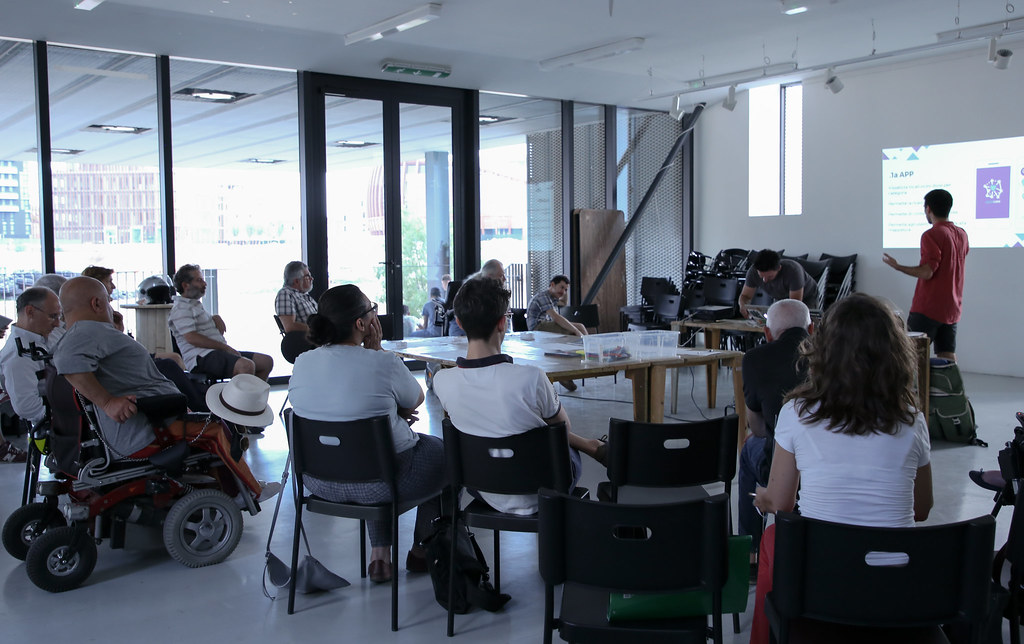 While it has innovation in its title, DSI is misused every time it gets spoken about as an uncritical embracing or celebrating of the latest technology or whatever appears to be new and disruptive of pre-existing social arrangements.

In a constellation of startups constantly on the look for a breakthrough, we must remember that in order to know what is genuinely innovative - and why such innovation would be desirable, and for whom - we must, paradoxically, cultivate an excellent collective memory of what has been done or tried before and elsewhere.

Thus, DSI is used improperly every time it acts as an undiscerning celebration of new. It is well known that in the for-profit world, new releases of digital machines and software often consist of little more than slight tweaks or modifications of what is already on offer. On the other hand, a common obstacle faced by initiatives that genuinely tackle critical social problems does not take place at the level of prototyping, testing and experimentation, but at the level of wider adoption, implementation, diffusion and scaling.

In a report on social innovation published last year, Geoff Mulgan, Chief Executive of Nesta , cautioned that “innovation may be much less important than effective implementation of existing ideas or adoption of ideas from elsewhere (I used to advocate that governments should spend around 1% on their own innovation, but that the majority of time, money and effort should go into good implementation).”

DSI instead differentiates itself from the productivist bias of existing global trends that promote the new as a way of generating opportunities for financial investment and privatisation. Instead, DSI is at its most effective when it insists on the need for a long memory in order to not mistake for “innovation” whatever appears to be new simply because we don’t remember what has happened before or we don’t know what is going on elsewhere. This means that DSI sometimes will look less like a series of cutting-hedge shiny digital objects, and more like networks of repairers tending to the social infrastructures that might be neglected, broken or suffering from systemic disinvestments.

It might be impossible today to provide a comprehensive definition of what “digital social innovation” is, as this young movement of diverse practitioners is constantly in evolution and flux. But by pointing out a few of the things we believe DSI is definitely not, we can say one thing for sure: DSI describes not just a goal, but a mode of practice.